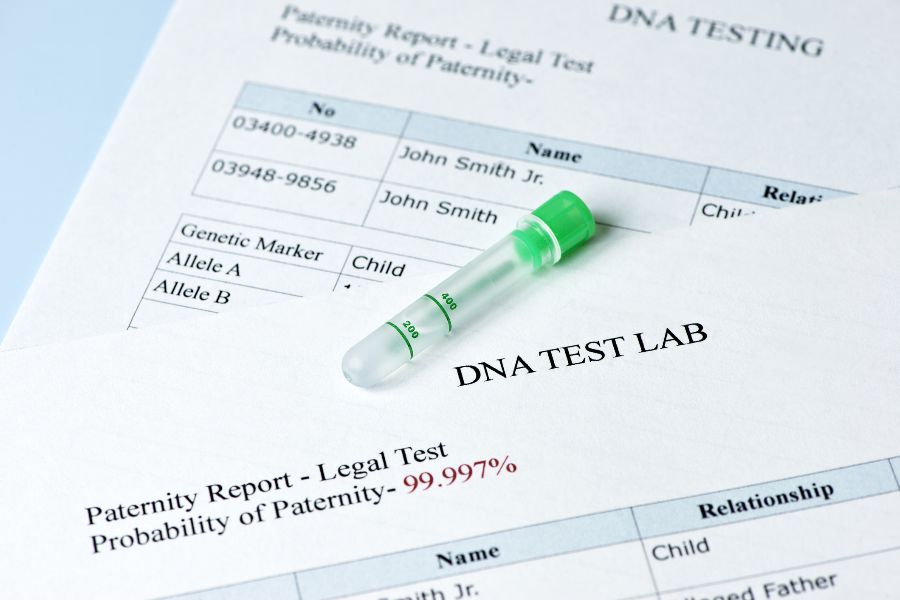 Suspicions or indeed proof of infidelity can often give rise to questions and disputes about the paternity of a child. This can become an issue for couples separating in the early stages of pregnancy but can also be relevant in circumstances where the parties have been living ‘in family’ with a child or children purportedly of the relationship for an extended period of time.

The obvious solution to any doubt about parentage would be to proceed with a DNA test, and, provided that all parties involved have the legal authority to undertake such a test, and consent to doing so, the scientific result of a DNA test may establish the factual position. It may not always, however, be a straightforward option.

In Scotland, it is presumed that if you were married to the child’s mother at the time of conception, then you are the biological father of that child. It is also presumed that if you are registered as the child’s father on their birth certificate (even if you were not married) then you are the child’s biological father. In both scenarios, the alleged father will automatically have parental rights and responsibilities in respect of the child.

What can be done when the unmarried father is not registered on the child’s birth certificate? What if the mother refuses to consent to a DNA test and denies that he is the father? And what can be done where the purported father has been registered on the child’s birth certificate, but suspects that he may not be the biological father?

In cases such as these, an application can be made to the Sheriff Court or the Court of Session for a ‘declarator of parentage’ or a ‘declarator of non-parentage’ in terms of section 7 of the Law Reform (Parent and Child) (Scotland) Act 1986. It used to be the case that evidence would need to be led about the parties’ sexual relations and the likelihood of the mother having conceived with the alleged father based on the period of gestation. However, advances in science mean that DNA testing is likely to be the best evidence in such cases.

Parties do not always wish to consent to DNA testing, and, in the absence of the alleged father having parental rights and responsibilities, he may not have a legal basis upon which to consent to or arrange the testing of the child. If the mother, who automatically has parental rights and responsibilities in respect of the child, refuses to submit to a DNA test or refuses to allow the child to be tested, then the Court may invite her to do so.

Within an action of declarator of parentage or non-parentage, in terms of section 70 of the Law Reform (Miscellaneous Provisions) (Scotland) Act 1990, the Court may request a party to “provide a sample of blood or other body fluid or of body tissue for the purpose of laboratory analysis”; and/or, “to consent to the taking of such a sample from a child in relation to whom the party has power to give such consent”. Should any person who has been asked to provide a sample for the purposes of DNA testing refuse to do so, such ‘adverse inferences’ may be drawn by the Court. So, where the alleged father was in a relationship with the mother at the time of conception, but the mother denies he is the father, the alleged father can apply to the Court and ask that she is invited to submit to a DNA test to determine the position. Her refusal to do so may result in the Court inferring that she is refusing to do so because she knows that the alleged father is the biological father. If she were certain he was not the biological father (it can be inferred), she would co-operate with a DNA test which would support her position.

It is often thought that the Court has the power to compel someone to carry out a DNA test. That is not the case, therefore the position is somewhat unsatisfactory where a determination about parentage can be made in the absence of there being a DNA test in support of it. It is also important to note that the granting of a declarator of parentage does not of itself award the alleged father with parental rights and responsibilities. It opens the door to the possibility of seeking such an order. However, further steps need to be taken to obtain an award of parental rights and responsibilities.

It is widely accepted that it is beneficial for a child to have certainty about their parentage. Any disputes about parentage are best resolved as soon as possible and, where co-operation is not forthcoming, an application can be made to the Court to determine the position.