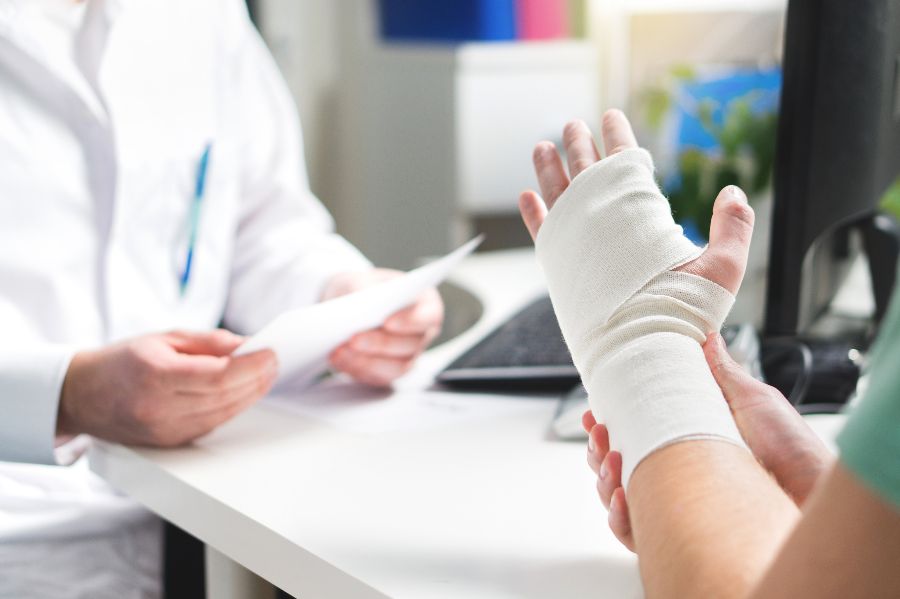 In February 2019, Mrs Yvonne Forrest was going to shop at Iceland on Portobello Road in Edinburgh. From the car park, there is a ramp leading towards the shop entrance. It was similar in colour to the surrounding ground surface and was not painted or marked in any way. Its rising edge had no barrier, wall or handrail, and Mrs Forrest tripped on the edge of the ramp, fracturing her right wrist and knee.

Mrs Forrest was represented by Allan McDougall Solicitors as panel law firm for Unite the Union. Her case was based on a breach of Iceland’s duty in terms of the Occupiers’ Liability (Scotland) Act, which covers the liability of occupiers of premises or land for injury or damage to people or property caused by the state of the premises or land, or by anything done or omitted to be done on it. Iceland denied liability.

Evidence was given for Mrs Forrest by Gordon Morris, Consulting Engineer, and for Iceland by their Store Manager. Iceland objected to the entirety of Gordon Morris’s expert evidence, but the Court did not consider the objection to be well-founded and considered his evidence had been helpful. He had the necessary knowledge and experience to give expert evidence on the matter.

In their submissions, both parties referred to the decision in the McKevitt v National Trust for Scotland case from 2018. As lawyers for Mrs Forrest, we submitted that there was a significant difference in the character of the danger between the ramp in this case and the stone in the grounds of a National Trust property in the McKevitt case. Iceland however submitted that, in line with McKevitt, the ramp in this case was conspicuous and any harm was not foreseeable. The sheriff confirmed that each case in terms of the Occupiers’ Liability (Scotland) Act turns on its own facts.

It was accepted in this case that there had been no previous accidents concerning the ramp nor had there been any prior complaints or reports regarding the ramp. Iceland conducted weekly inspections of the car park and had not regarded the ramp as a risk. The sheriff held however that the lack of previous accidents was only one factor to be considered in assessing whether the ramp constituted a danger. There were a number of other relevant considerations, such as the location of the ramp (on approach to a shop entrance), the fact that it was similar in colour to the ground surface and therefore difficult to see, that there were adverts on the adjacent windows likely to distract customers, and that the rising edge was not painted or protected in any way by a barrier or wall. The Court considered that such modifications would have mitigated the risk and could have been undertaken at relatively low cost.

In all the circumstances, the Court held that the rising edge constituted a danger and that omitting to have it painted or protected by a barrier, wall or handrail was a failure to take reasonable care. Damages were agreed in the sum of £15,000. Contributory negligence of 25% was applied, and Mrs Forrest was therefore awarded damages of £11,250.

This case serves as a reminder that all claims brought in terms of the Occupiers’ Liability (Scotland) Act turn on their own facts but that the lack of reported prior accidents is not definitive and that there are many relevant considerations in assessing whether an accident has been caused by a “danger” which could have been avoided.