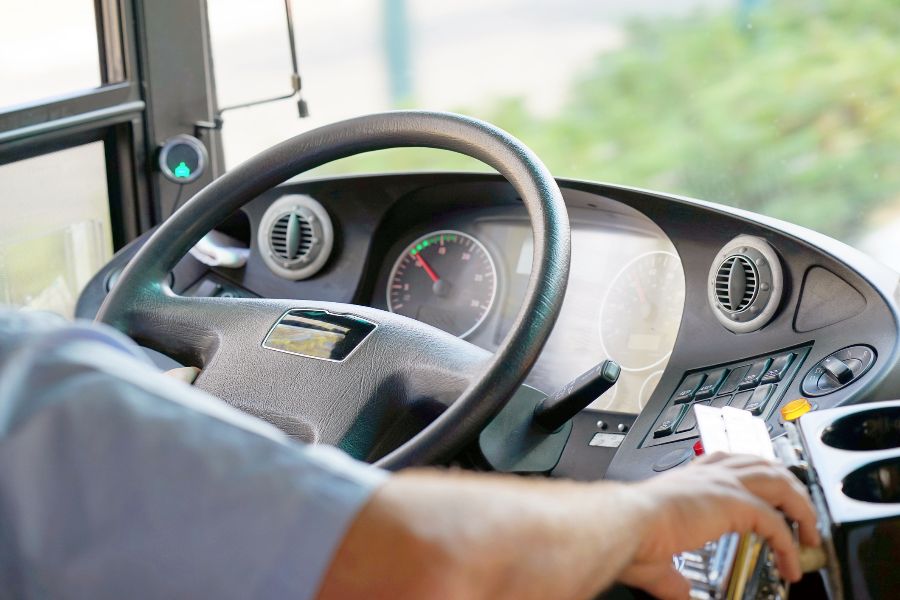 A passenger who sued a coach company, Fife Scottish Omnibuses Ltd, after breaking her ankle on one of its buses has been awarded more than £16,000 by the All-Scotland Sheriff Personal Injury Court.

The coach company stated they had taken reasonable care and the coach was “road legal”. They had not undertaken any risk assessment of on-board passenger safety. A reasonable modification would have been to put a vertical post on either side of the emergency exit stairs as a visible warning of the ingress. It would have physically prevented Mrs Varney’s foot going down the edge of the top of the steps.

The Court held that because the ingress narrowed the aisle by 88 millimetres, it was a hazard for passengers. Therefore, the accident was foreseeable, and the coach company was negligent. And so Mrs Varney was successful in her claim. However, she was found to be contributorily negligent (i.e. it was partly her fault in that she had failed to exercise reasonable care for her own safety) to the extent of 60% and received damages of £16,495.

The Court took account of the failure by the company to assess risk, and although there had been no previous similar incidents or complaints, held that such an accident was reasonably foreseeable, i.e. that the coach company ought to have realised that this was a risk.