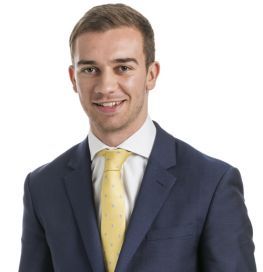 Sean White of Allan McDougall Solicitors comments on the issue of sanction for counsel in an opposed motion hearing before Sheriff Liddle.

After the pre-trial meeting had taken place, the defender formally admitted liability and the case settled shortly thereafter for the sum of £25,000. Counsel had been instructed for the pursuer since shortly after the Record had closed.

In support of the motion for sanction, pursuer’s counsel made reference to the defender’s denial that there had been any physical contact whatsoever, and the court was invited to find that this made it an unusual case. This necessitated additional investigation and made more difficult the pursuer’s representative’s preparations for proof compared with other such cases where there would ordinarily be an acceptance, to some extent, that an incident or accident had occurred, with the dispute focussed on the specifics of what had caused it to come about.

Further reference was made to equality of arms and the fact that the defender’s agent was an experienced solicitor-advocate. Pursuer’s counsel argued that when a party is represented by a solicitor-advocate, that party benefits from the experience and skill that representative has acquired from holding such a position – it is not possible for them to simply step away from that experience and skill when representing a party as their agent.

The defender’s agent opposed the motion on the basis that it was a straightforward factual dispute that would largely be determined on issues of credibility and reliability of the parties, and that the pursuer was represented by a firm of experienced personal injury solicitors. It was also argued that although the defender’s agent was a solicitor-advocate, he was acting, here, in his role as a solicitor and so s.108(3)(b) of the courts Reform (Scotland) Act 2014 did not fall to be considered.

Sheriff Liddle granted the pursuer’s motion in full, to include sanctioning the cause as suitable for the instruction of counsel. The court accepted the argument that it was an unusual case in some respects. He indicated that the denial by defender of the incident having occurred placed an additional level of responsibility on the solicitor acting for the pursuer. He indicated that there would be skills peculiar to counsel that would come into play when such a matter did go to proof and that, in this instance, it was quite clear that specialist skills of a person who regularly performs at court would be required. This, he suggested, was where the equality of arms issue came to be considered.

His Lordship helpfully went on to highlight the difference between an experienced litigation solicitor and counsel - where the former may have skill and experience in terms of corresponding and negotiating out of court, it was different to being an expert in examining witnesses in court, as counsel – including solicitor advocates – hold themselves out to be. He reiterated that the equality of arms issue was of relevance in such circumstances.

The Sheriff’s decision does not take away from the overarching principle that each case will be decided on its own merits. Nonetheless, the comments made by Sheriff Liddle offer a helpful insight into how the court will interpret s.108(3)(b) of the courts Reform (Scotland) Act 2014 relating to equality of arms. While it cannot be taken that the court will sanction for the instruction of counsel in every case where a solicitor advocate is instructed by another party, should the circumstances of the case be such that the skills and experience particular to the role of counsel are likely to be material to the outcome of the case then the fact that one party is represented by a solicitor-advocate ought to be a relevant consideration in a motion for sanction for counsel.